I’ve been doing some reading for work.

Since I teach 7th grade history and English reading for work takes me places it might not take other grown men.

Not that I mind.

Two strong contenders for actual classroom use this time around.

The first is M.T. Anderson’s graphic novel (illustrations by Andrea Offermann) Yvain, The Night of the Lion based on the 12th century French epic by Chretien de Troyes.  I can remember reading this epic for an undergraduate class.  I liked it, but didn’t recall the details.

There’s a lot of action in Chretien de Troyes. Yvain, seeking revenge for the death of a knight of Arthur’s Round Table, kills a slightly magical lord, falls in love with her widow, is driven into exile by her, defeats a dragon who is fighting a lion, and befriends the lion who then follows him everywhere.

There’s quite a lot about women in Yvain, The Knight of the Lion, though the story remains as problematic on this as you’d expect from so early a tale, even one written for the court of Eleanor of the Aquitane and her daughter Marie de Champagne.  But it may still prove useful for our unit on Medieval Europe.

At the National Council of Social Sciences conference I attended last weekend, I went to a workshop on finding evidence of those typically left out of historical documents, like women so often were.  One way to do this is to focus on finding the authenticating details in stories about exceptional people.  Since the only women in the historical record are either extreme heroines, like queens, and extreme villains, like some other queens, it can be very difficult to find out what life was like for ordinary women.

However, in stories like Yvain, The Knight of the Lion,  there are always details included to make the story believable.  For example, in Yvain the is a scene involving a woman who brings a complaint to King Arthur against her sister over who should inherit their father’s property.  I think we can learn quite a bit about the lives of ordinary Medieval women from this scene.  This sort of detective work should appeal to many seventh graders.

The incredible action should appeal to the rest.

And who doesn’t love a wondering medieval knight with a companion lion? 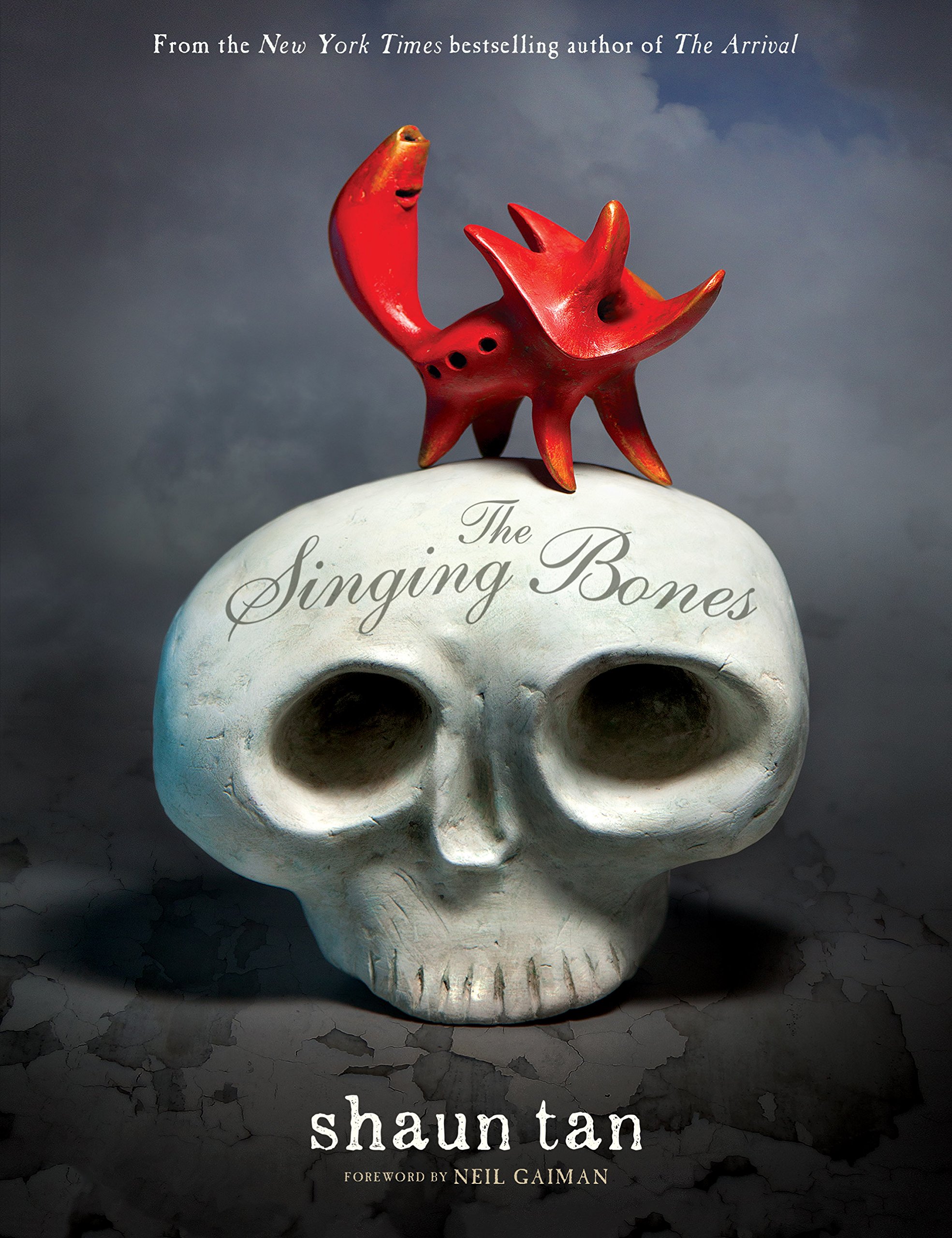 The second book with pictures, one that we’ll begin working with next week, is Shaun Tan’s wonderful collection of scenes from the Brother’s Grimm, The Singing Bones.  Mr. Tan’s book features a different tale on every set of pages. Not the entire tale, but a teaser scene, a moment of extreme interest. Many will be familiar to readers of all ages, some were completely new to me.

The new unit our 7th grade students will begin next week starts from this book. We’ve been using Joseph Campbell’s Hero’s Journey as a model to talk about stories this semester, and one of my colleagues has long wanted to do a unit on fairy tales as part of this.  They don’t quite follow the Hero’s Journey model, so we’ve cobbled together a sort of comparative-write-your-own-fairy-tale project.

The students will select a tale, look at two versions of that tale from different parts of the world, write their own version adding a few steps from the Hero’s Journey model and then create their own illustrated version using clay to make sculptures inspired by Shaun Tan’s artwork which they will photograph for inclusion in their own book.

Which means we’ll be spending the last week before winter break making clay figures and taking pictures of them. Sounds like fun to me.

Depending on how well these turn out, we’ll have a display for the school to see.