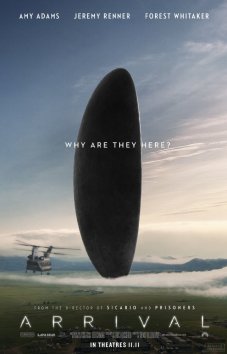 There is some damn fine writing in Ted Chiang’s volume of short stories Arrival originally published as Stories of Your Life and Others. So much than the next time you hear someone say that fantasy and science fiction tend to be badly written, you should direct them to any of Ted Chiang’s stories.

They may not be your cup of tea, but they are all very well written.

Which is fitting since his focus in these stories is on the nature of language. That and the nature of God. There are also more typically science fiction elements, aliens and spaceships, but Mr. Chiang’s real interest does not lie there.

This is true from the first story Tower of Babylon in which the author imagines what would have happened if God had not struck down the famed Tower of Babel. What if building had continued until the tower reached heaven? What would life on the tower have been like for those building it? What would they find once they broke through and reached heaven?  Why would God, Yahweh in this story, let humanity succeed?

I loved this story not just for the “surprise” ending which I can’t give away, but, for that reason I can’t say much more about it.

This twin thematic focus continues on through the rest of the stories in the anthology–languages, types of stories, how they join us, how they separate us, what they reveal about those who speak them and tell them and what they hint at beyond or underneath.

This sounds like very heady stuff, and it is, but Mr. Chiang always provides enough of a story, enough plot and enough character, to make his writing compelling.  He certainly kept me reading.  In fact, I broke my typical pattern of reading one or two stories between novels and read Arrival cover to cover in a couple of days.

Not something I usually do with short story anthologies.