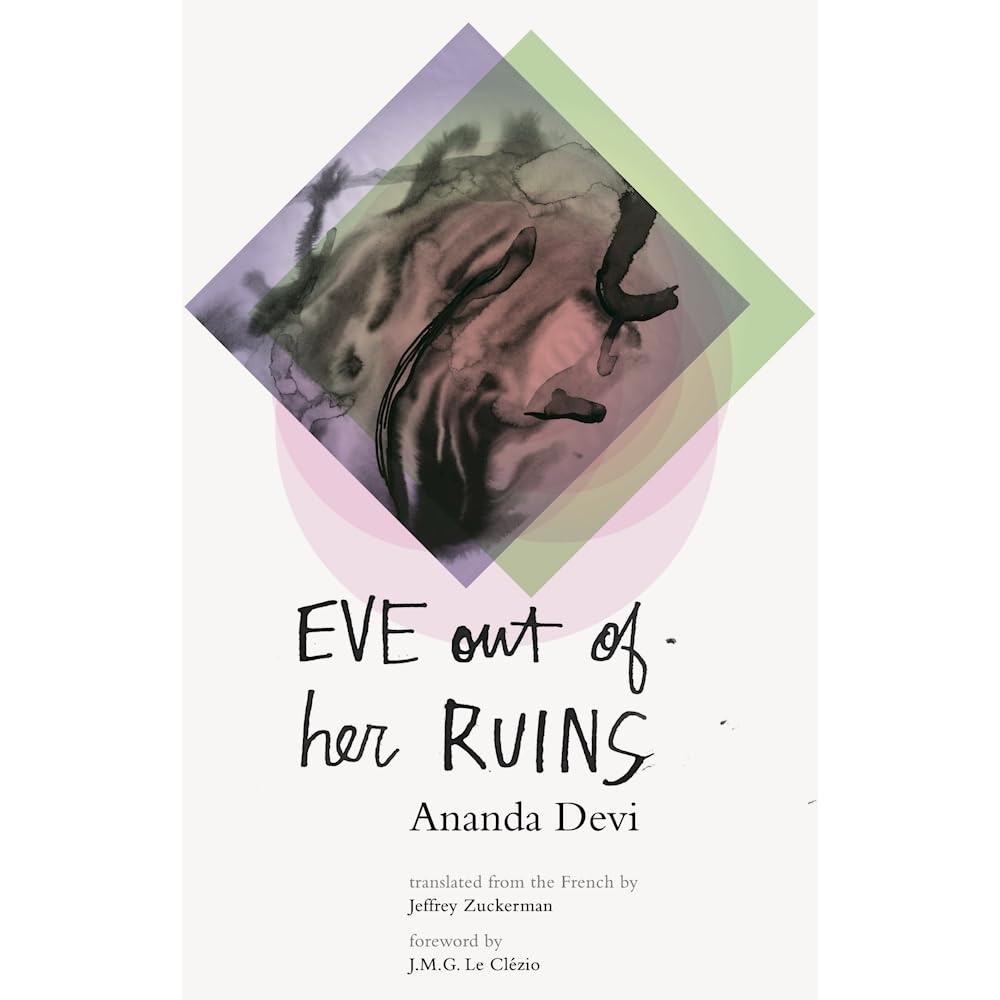 Translated from the French by Jeffrey Zuckerman, Eve Out of Her Ruins is set in the author’s home of Mauritius, an island nation east of Madagascar. Perfect for your Read Around the World Challenge, your Read Africa Challenge, your Island Getaway Challenge.  There was one once where people tried to read the a book from one country for every letter in the alphabet, too.

And it’s a very good book.

The story concerns four young friends who all come from the part of Mauritius the tour books don’t want you to know about.  I was reminded of the Brazilian television show and movie City of God/City of Man, both are terrific by the way, which is set in the favalas, poor ghettos, on the hills surrounding Rio de Janeiro.

The narration shifts its focus between the four friends: the title character Eve who uses her body to get her way in the world she lives in as best she can; Eve’s best friend Savita who loves Eve and hopes to take her with her when she leaves the island; Saadiq, a gifted young poet who is in love with Eve and Rimbaud; and Clelio a young rebel waiting to hear from the brother who left for France years ago.

The first part of the novel reads like a prose poem. While I enjoyed the story of these four young people, what I enjoyed most was swimming in their words.  Even in translation, Ms. Devi has a way with language. Here’s Eve from the opening section of the novel:

I am in permanent negotiation. My body is a stop-over. Entire sections have been explored. Over time, they blossom with burns and cracks. Everyone leaves some trace, marks his territory.

This is a powerful statement, a character describing herself and a metaphor acting as a description of Mauritius itself.  It could probably work for any colonial nation, exploited before becoming a resort destination.

Halfway through the novel there is a crime, one which came as a surprise to me.  Not that I wasn’t expecting it, there are clear hints that it will occur from the start.  But its exact nature came as a shock to me.  This is not hard to do–I am easily duped.

This turned the book from a story of four friends’ struggle into a crime thriller.  I do think the novel lost some of its power at that point, maybe I should say the nature of its power changed.  As a reader, I didn’t quite make the adjustment.  But I still both enjoyed and admired the book.  And I am keeping my copy of Eve Out of Her Ruins to be re-read in retirement someday.