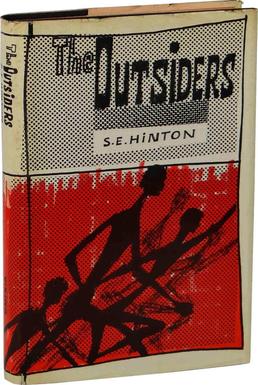 Reading is a creative act.

This is a controversial idea, one that many people resist strongly, one I resisted when I first learned about it.  But, over the years, I’ve come to appreciate it as an adult reader.  That young readers are creative agents is apparent to me and to probably anyone who has spent more than a few years working with them.

In her acceptance speech for the Newberry Medal, which she won for her novel The Giver, Lois Lowry talks about this.  She refers to a young reader, a fan of her Anastasia Krupnik series who wrote to her once as follows:

“I really like the book you wrote about Anastasia and her family because it made me laugh every time I read it. I especially liked when it said she didn’t want to have a baby brother in the house because she had to clean up after him every time and change his diaper when her mother and father aren’t home and she doesn’t like to give him a bath and watch him all the time and put him to sleep every night while her mother goes to work…”

Ms. Lowry then points out that none of what this reader describes actually happens in the Anastasia books.  What this reader has done is to find a place for herself in the Anastasia novels.  “She has found a place, a place in the pages of a book, that shares her own frustration and feelings.”  I imagine she already felt so close to the Anastasia character that she could easily add these little personal details to the story making her own identification with Anastasia even stronger.  I argue that this is a creative act, one that is necessary if one is to become immersed in a work of art.  Ms. Lowry won the award for The Giver which is famed, in part, for the openness of its ending.  What actually happens to Jonas and Gabriel is anybody’s guess.  It’s totally up to the reader.  At least it was until the sequels came out.

There was a young man in my first graduate seminar back in 1990 something who insisted, in spite of all our arguments to the contrary, that Kate Chopin’s The Awakening had a happy ending.  We don’t know that she has drowned, he claimed.  We see her enter the water but we don’t know what happens after that.  She could very well have had a change of heart and returned to shore alive.

Why not?  The author doesn’t say otherwise.

All of which is a long-way-round introduction to my annual post on S.E. Hinton’s The Outsiders which I’ve been teaching to my 7th graders for nearly two decades now.  The Outsiders is God’s gift to the 7th grade.  It never fails to touch them, to move them in ways books have not moved them before.  Friday one student happily told me that she got her very own copy for her birthday along with S.E. Hinton’s other books. The last time I saw a student so excited about a birthday gift it was tickets for an upcoming One Direction concert.

This past October S.E. Hinton spoke about The Outsider’s, something she doesn’t really do all that often.  A reader asked if there were any romantic feelings between the characters of Johnny and Dallas.  She forcefully said no, there were not. She wrote the book and she ought to know.  (You can read more about this here.)  She insisted that there is no textual evidence to support this, either.  They are simply friends.

Young readers, the ones I work with at least, are not concerned with textual evidence.  I suspect that few people outside of literature classes, some book blogs and maybe a few book clubs really are.  Young readers will find what they need to find in the books they read.  Young readers who need to find a love like their own will find it where they can.  Some of them may even go so far as to write it in themselves if needed.  Check out the many fan fiction sites on-line for the growing body of examples.

Back in graduate school I learned of something called Reader’s Response Theory.  This was a school of critical thought which argued that there were three agents involved in creating the experience of a poem: the poet, the text, and the reader.  Together these three created the poem.  Poem here, can stand for any work of art in my opinion.  Along with many students in the class, I resisted this idea. Our professor had her work cut out for her.  Some she won over, some she did not.  Plenty of adult reader agree with S.E. Hinton–the author’s word is final. What she says goes.

I don’t agree, not anymore.  Once a book is written and published, the author’s opinion is no longer of much use to me as a reader.  Sometimes, not as often as you might expect, it can be interesting to now what an author thinks, but how I interpret the text is really all that matters to me.  As a teacher, I insist my students come up with textual evidence to support their ideas.  This is what makes for a good and proper essay.  But as a reader, if I say she drowns in the end, then she drowns in the end.  If I say she lives, then she lives.  The better my experience of a book is, the stronger I feel this way.  Passion in defense of our interpretation is a testament to a book’s quality.

None of y 7th graders have ever brought up the subject in regards to The Outsiders.  As far as I know, they all agree with S.E. Hinton, they are simply very good friends.   But there’s actually a fair amount of textual evidence to support the idea that Dally has a crush on Johnny who has a crush on Ponyboy.  Why does Johnny agree to run away with Ponyboy when he really has no reason to join him? Why is Dally willing to let Johnny boss him around so easily?  Maybe they are just very good friends or maybe there is something more.

My point is that it’s not really up to S.E. Hinton any longer.  The young adults who continue to find meaning in The Outsiders will find the meaning the need to find.  A good friend or someone like them in a way may not yet be ready to talk about.

In any case, reading is a creative act.

8 thoughts on “Sunday Salon: Ponyboy and Johnny and Dally”