The big read-a-thon was yesterday, so I know everyone will be sleeping in today instead of reading Sunday posts, but my hand feels good enough to type a little at last so here goes. 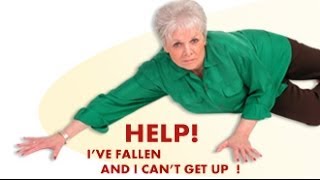 Last Saturday, I took one of those falls old people take that I used to make fun of 30 years ago.  The “I’ve fallen and I can’t get up” type of fall.  Tripped over something in an aisle and fell down flat on my left side; fell down hard, too.  Nothing broken and no bruises until Friday when one mysteriously showed up on my left fore-arm.  But the whole think has left me more pain than I care to  be.  I managed to drive myself home where I spent that day and the next on the sofa trying to find a comfortable position.

(For the record, I’ll be 52 this year and am a proud member of the AARP, and since C.J. and I are both collectors of antiques and antiquities “old” is considered a high compliment in our house.  Basically, if it’s doesn’t have some age to it, we don’t want it.  And using my left pinky finger to switch over to italics really hurts so no more snarky little asides like this one for today.)

nest dose of Tylenol.  It’s been difficult to hold a book with my left hand, let alone type anything.

So there’s only been one post here, though I have read quite a bit more than that.  I’ve been reading from my Art of the Novella TBR stack this month.  I’ve been a subscriber to the Melville House series for just over a year which means I get two to four novellas delivered to my door each month which means I’ve developed quite a little stack of them on my TBR shelf.  October seemed as good a month as any to devote to The Art of the Novella.  This week I read The Man that Corrupted Hadleyburg by Mark Twain and The Beach at Falesa by Robert Louis Stevenson.  I’m still trying to decide just how mean Twain’s book is, but the big surprise was just how funny Stevenson can be.  I’m something of a fan of Stevenson, more than he probably deserves, but I never really found him all that funny before.

I’m also about halfway through Elena Ferrante‘s The Story of a New Name book two in the Neopolitan series.  Once again, I’m astonished by just how interested she can make the most mundane things.  I’m not quite as impressed as I was with the first novel, but she did set a very, very high bar.  I will say that the wedding night scene was one of the most harrowing scenes I’ve read in a very long time.

The other new addition around here has been Queen Anne and Eastlake.  Last Sunday, while I was lying on the sofa avoiding bouts of pain by trying to remain very still, C.J. was out walking Clovis when two very small kittens walked out of the alleyway behind our house running up to the Basset looking for food.

So, we’ve been raising kittens, well, C.J.  has been raising kittens.  Both Clovis and Beau, the cat pictures above, are more than willing to help take care of them, tough Beau really seems concerned that the dog will do something untoward with them; he keeps a watchful eye on the dog most of them time and has driven him away a few times.

We’re going to keep them until they are old enough to adopt out.  They’ll make excellent cats for someone–very good with people, other cats and no fear of dogs.   C.J. may consider keeping one of them–that’s all I’m going to allow.  We already have a perfectly good cat, you know.

That’s probably enough typing for now.  Congratulations to everyone who participated in the read-a-thon.  Someday, I’ll get it together enough to join you.  Now there’s a Tylenol calling my name that I really must get to…

10 thoughts on “Sunday Salon: Falls, Novellas and Kittens. Oh, My.”